Although domestic beef demand remains an unknown, there are enough positive factors in the U.S. and abroad for cattle producers to look forward to 2014, and one economist says it’s time to rebuild the herd.

University of Missouri livestock economist Scott Brown said cattle producers can expect corn prices to dip to 2010 levels, easing the heavy burden of high feed costs producers have had to carry through consecutive years of drought.
In addition to lower feed costs which he expects to drop to $4.50, Brown noted the current future feeder calf prices for 2014 are $50 higher per hundredweight than four years earlier and he’s forecasting an increase in fed cattle prices.
“The outlook for 2014 is a lot different than anything we’ve seen in a long time,” Brown said. “It’s an exciting time to be in the cattle business.”
Although Brown says he has an optimistic view for next year and beyond, his prediction assumes the cattle industry doesn’t face obstacles such as another year of drought, sever threats to animal health, a falloff in beef demand or increased trade barriers.
Although domestic beef demand remains uncertain as consumers recovering from the Great Recession are hesitant to pay record high prices for beef, demand abroad is enough to support beef production in the approaching years. Brown says the growing income of 1.3 billion people in China with a taste for beef will keep export numbers strong, in addition to improved beef trade to South Korea and Japan.
With all of the encouraging news for cattle producers, Brown encouraged the audience last week to take advantage of available technology when expanding their herd number.
“2014 will be the time to rebuild the cow herd,” he said. “If you rebuild, replace with quality genetics. Use genetics that convert feed more efficiently and produce high-quality beef that consumers want.”

I am honored to chosen to be part of the Alabama Cattlemen's Young Leadership Program. I am glad they didn't check my I.D.  because I know I would not have qualified as young. We went through a two day training session that included meeting the Governor when he proclaimed October as BEEF month, getting media training from Erin Beasley, going through a challenging leadership curriculum from Auburn professor Dr. Don Mulvaney and attending the ACA Board Meeting. 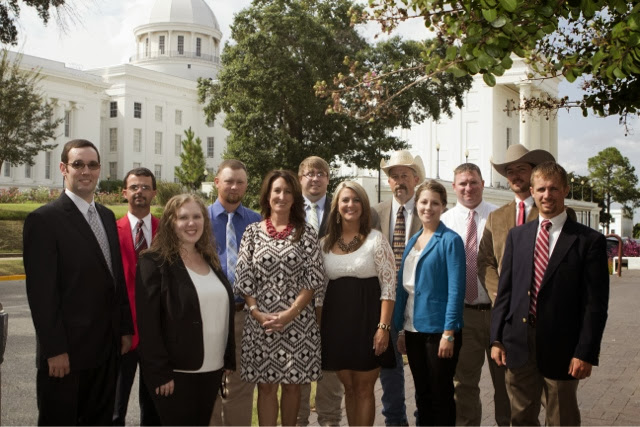 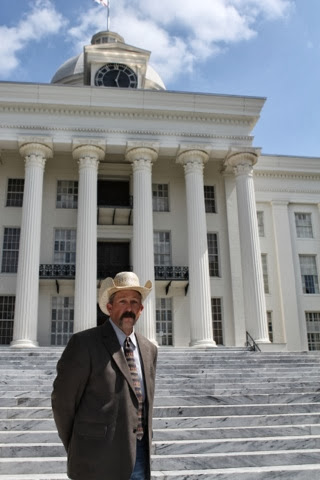 40 head of fall calving cows from Autauga Farming Company in Autaugaville, AL. They are all 4-5 years old and will start calving on Oct 1st for 75 days. They are bred to Angus/Simangus or Charolais Bulls. They will sell at Montgomery Stockyards on September 16th during our special Stock Cow/Feeder Calf sale featuring World Champion auctioneer Dustin Focht.
Posted by MSY at 9:34 AM No comments: